Stop Trying to Outsmart Everything 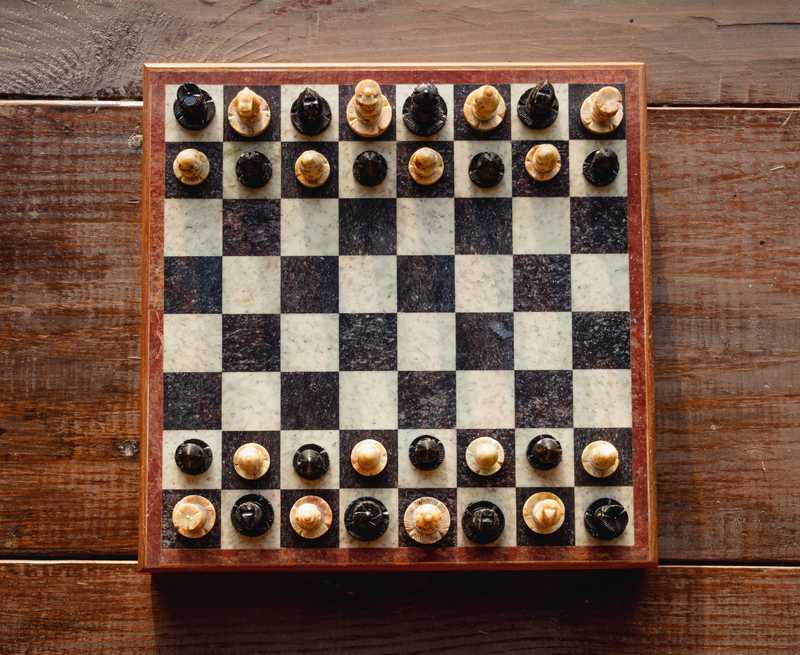 Photo by Jeet Dhanoa on Unsplash

I saw this happen firsthand a few weeks ago. I was playing a social deception game in which players are trying to convince the rest of the players who are “good” and who are “bad.” After all of two rounds of gameplay, one player was sure that they had found a loophole in the game. They acted on this “insight” without a lot of thought and ultimately gave away who a key player was in the game. By doing so, they lost the game for their team.

I sat and shook my head.

As I reflected on what happened in that game, I’ve come to realize I don’t ever want to try outsmarting things. It isn’t a good idea or approach to life. Here is why.

No One Is Smarter Than Everyone

When someone approaches a situation trying to outsmart the competition, they make a dangerous assumption: they assume they know something no one else knows. They have some unique ability or intelligence that no one in the room has.

While there are situations where that will be true, assuming that is pretty audacious. How many times has someone walked into a room full of people and know more than each individual person there? Pretty rare.

Take this to the next level: how many people are individually more intelligent or more capable than an entire team? If you work in any moderately successful organization, there is very little chance that one person is left to make all the decisions. Yes, there might be final decision-makers. But the world’s best leaders practice delegation since they know that their collective team can - and will - make better decisions than if they made every decision themselves.

Imagine how it would go if the best leader you know got up one day and said, “I’m smarter than each of you. And I’m smarter than all of you combined.” I doubt you would respond well. And worse - they would most certainly be wrong.

Going back to the game from earlier, this friend made was claiming, “not only am I smarter than the rest of the players here - I’m smarter than the rule-makers of this game too.” While I don’t think that was what ran through his head, somewhere that thought did exist. There was pride.

If it sounds like I’m beating up on this friend, that isn’t the goal. In fact, I’ve done this exact same thing many - many - times. I have pride too. The situation that happened with this game was just the perfect example for this post.

Everything Isn’t a Competition

Trying to outsmart people also brings along another assumption: that Everything is a competition to win. Everyone around them are competitors to triumph over.

What a sad way to live!

Now, of course, there are games with winners and losers. In fact, that is sometimes what makes those games fun in the first place. But for the most part, life is not a zero-sum game. Success doesn’t have to be at the expense of others.

Success != victory over someone or something.

We often think of successful people as people who have beaten the competition to get there. And yes - those are great stories of hard work and perseverance worth admiring. However, there are many other areas to find success that only require you to put in the time and effort. You don’t have to win against anything or anyone - except maybe yourself.

And often, the people I know who have attempted “outsmarting” or “hacking” these areas of their lives end up in worse places than when they started. The ones who wake up, accept responsibility for their actions, make the best decisions with what they know, and approach those decisions with humility seem to fair better.

The biggest issue with trying to outsmart people or things, though, is the opportunity cost. Time spent trying to find the loophole or “trick” to something is time that could have been dedicated to learning!

Don’t be that person. Learn the rules. Understand nuances of how a game works. Gain a deep understanding of the long-term strategies to gain business success. Be the proverbial sponge soaking up every piece of knowledge on how to build great products.

When this perspective is applied, the results lead to being the smartest in the room. The person focused on learning will outsmart the competition. They will know how to use the rules to their advantage. They will be the ones who win in the marketplace and on the field.

They won’t spend fruitless time trying to find the trick. They are just so good and soo knowledgeable that they have an intuition from years of study on the right thing to do.

To summarize, I’m not advocating against getting smarter or being the smartest in the room. In fact, I am advocating for that!

Whatever your hands take to doing, do them with intentionality and excellence. Learn and study with fervor. Practice with confidence. Lead with humility.

What I am advocating against is the idea that someone can sidestep the process of learning via a loophole or trick that will make them win every time. Even if a trick works once or twice, eventually, the lack of deep understanding will show. When that happens, just hope too much isn’t at stake. Because there is always someone smarter. Someone who actually did the work too.

Stop trying to outsmart the world. Focus on learning and growing instead.