Using Gatsby to Build a Blog 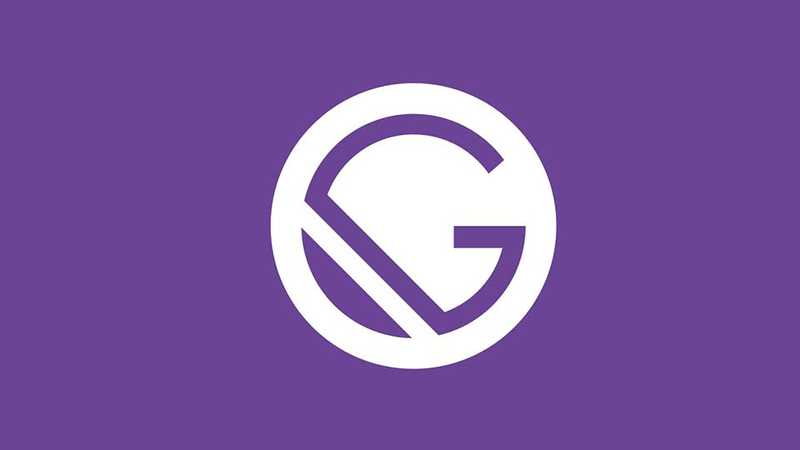 A few weeks ago, I realized I needed to update my website. I have had dangoslen.me for a while, but it was only a landing site with a few links to other content sources. I’ve since started blogging a little more on Medium and Dev.to so I decided it was time to own my content and build a blog.

There was just one problem: I’m a backend developer.

I used to be a full-stack developer.

But that was a long time ago (5 years in human years => 40 years in dev years right?). Since then, the entire landscape of frontend development has changed.

What is JSX? ES5? What is this Typescript thing?

It was all a little overwhelming, but I decided I should learn something new. I did some searching and reading and learned about these things called static site generators (SSGs). After some thought, it seemed like one of these SSGs would be a great way to build a simple blog and website, so I decided to give it a try.

Here is how I went about it.

The first decision was really which SSG to use. There are a number of them out there, . I gave cursory look at each of them but ended up picking Gatsby. Why? I would like to say it was a scientific study complete with measures in build time and interviews with developers who had used each.

Ultimately, I just choose the one that when I started was simplest for me to understand. Gatsby just happened the one that “clicked” with me first. This is largely because of this tutorial and the starter blog repo built by Gatsby themselves.

This decision was honestly already in the bag. Partly because the starter repo I mention above was built for Netlify, so why try something different?

The other reason was I had played around with Netlify before and had loved it already. Kent C. Doods had written about how he uses Netlify and he made it look really simple. I took my existing dangoslen.me repository, set it up in Netlify, and boom: working website. It went so well I even transferred my domain and I’ve been hosting it on Netlify ever since.

Once I had made these decisions, I did what every developer says to not do: just started coding. I cloned the starter blog repo and started breaking things immediately. 😂

I eventually sat down and did some reading on the basics of Gatsby. I went back to the tutorial from earlier and actually read it instead of just skimming it.

I was also new to GraphQL. I knew about at a very high-level, but had never played with it before. Gatsby’s Data Layer tutorial was helpful for me to learn how Gatsby uses GraphQL to render images, return configurations, etc.

Once I had tweaked and changed the site presentation to my liking, deploying was a piece of cake. I simply followed the steps outlined by Netlify CMS on how to deploy a site to Netlify and setup GitHub authentication. It seems intimidating, but I think you can do it!

Instead of deploying directly to dangoslen.me, I instead deployed to a sub-domain. This allowed me to work on blogging and make tweaks without impacting my actual site since it was already live.

From here, I started working on posts (like this one!) by just going to /admin. I logged in using GitHub and was off to coding. I started bringing over old posts as I could from Medium and updating those to have links back to my site since this is where I want all of my content to live.

At the end of the day, I was sooo surprised at how straightforward it was to create a customized blog for myself. I remember my first Wordpress site or my first attempt at deploying my old hand-rolled site - we have come a long way.

To all of the developers who have worked on these technologies - kudos! Now I have the ability to create the site I want, so that I can share my stories and experience with others.